skip to main | skip to sidebar

Been a mild autumn thus far with only one real cold spell at the end of October that produced snow for the hills, a good covering in place.  But that is all gone.
Posted by aboynejames at 2:37 PM No comments:

Saturday evening saw the full orchestral premier of the Hielan Symphony by Paul Anderson at Aboyne theater. A full house audience was buzzing with anticipation.  Before the symphony Paul took us on his own musical journey and at the heart of that was the fiddle and the North East of Scotland fiddle tradition. A wee history lesson wrapped in around James Scott Skinner, Peter Milne & William Marshall and not just these local legends but Pauls own fiddle lineage to the great fiddlers and composers of Scotland, including Neil Gow.  March, Strathspeys, reels and jigs providing foot tapping rhythmic tunes and quieter reflective and simply beautiful slow airs.  Paul then turned to his own compositions and those he composed for the stage show of the Sunset Song in particular. For those he was joined by Shona Donaldson, Paul's wife. Shona got the audience involved with a chorus song before they both played a range of tunes that were used in the Sunset song.  Paul adding a literary review of the book, too boot. The first half came to a close.

The stage filled with seats arranged in arcs for the Orchestra, various instruments began to appear until the full Deeside orchestra was seated.  Paul introduced the Hielan Symphony with the story of how is started and his thoughts, ideas and observations as the symphony tells the story of the old hielan droving roads fae NE Scotland to Falkirk, reported to be the worlds larges cattle market in the 1800's.  Deveron Arts had commissioned the Symphony and their Chair talked about her excitement on receiving the finished symphony and that she was just minutes for listening to it.  The conductor entered the stage and the audience hush lowered.

The orchestra backdrop was a screened photo of Morven at sunrise.  The music came to life just like the start of a new day.  It was not long before the full orchestra was involved and in full flow, the string section reach to to the higher positions in a distinctive Paul Anderson style.  The photos updated as the symphony progressed, the symphony being in four movements.  One of my favourite arrangements of the music was where, in this case Paul played a strathspey or gig with the whole orchestra echoing the tune back until the melody was taken up by all instruments.  I found this real effective.  The other main arrangement I liked as when the orchestra provide a light musical back drop, two or three instruments, would take turns to play solo or duet, much like when you are walking through woodland, there is a woodland chorus of bird song but your immediate listening attention is caught by two or three birds close by in full song.  A musical harmony between the individual and the collective.

The third movement was where the emotional flowing music tugged at my heart.  Long flowing passages, combined with photos that were all known places to me and I expect many of the locals, Deeside through out the seasons, the landscape and wildlife.  I think the whole audience shared that experience.  The final movement began, the rhythm getting faster and faster leading up to high crescendos.  This giving way to one final delicate passage of music before the final flourish.  The conductor signaled the final chord.  The audience erupted in applause and that kept coming, with Paul and the conductor returning to the stage.  They symphony was a triumph, moving, emotional music with the distinctive North East style being championed. The orchestra is to be commended for their playing and how Pauls imagination brought this all together is a work of genius.  I hope all of Scotland and beyond get to listen to this music some day.

Posted by aboynejames at 5:25 PM No comments:

A couple of weeks back a debut album recording was released by David Anderson - fiddler.  Entitled Lilt, the album delivers a session feel.  I was lucky enough to play a few tunes with David over the summer so I great to hear on CD.  Here are my favourite tracks from the Album:


Posted by aboynejames at 12:30 PM No comments:

Our local fiddling master Paul Anderson launched his latest CD the Land of Standing Stones last month.  While Ienjoyed the whole album here is my short list of favourite tunes


An excellent mix of moving slow airs and lively up lift fiddle tunes.

Posted by aboynejames at 12:21 PM No comments:

own your own marks -tribesports

I received my TribeSports half zip top yesterday. A community powered sports brand.  The product was funded via the kickstarter.com website. A concept is they channel the communities feedback into a design team and then they cut out the middle business marketing to give you a top quality product at an affordable price. The product feels real great and the fit is good.  Not had it in full outdoor action yet.  Will act as a buffer layer between my skin / vest layer and an outer fleece.  Then I d complete the winter setup with a waterproof shell.  I d like to see the personalization go much further, user uploads their size measurements so we don't need to adhere to small , medium or large sizing and for features like zips, vents etc. some interactive options online so we can provide feedback on our personal preferences.  Overall, this concept is the future of sports clothing and for all clothing at that. 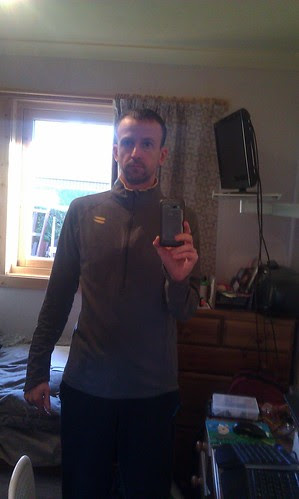 Posted by aboynejames at 11:53 AM No comments:

Search for a Harvest Tune - Harvest Time by Bryony Muir

Posted by aboynejames at 11:16 AM No comments:

Last year I composed my first fiddle tune, its called,  Caledonian Rainforest (Glen Tanar)  A slow air.  Inspired by my many walks there and one day in particular when the mist was hugging the hills before a shaft of light broke through sparking of a few sprinkles of rain followed by a downpour.  I ve put together a video to go with the tune.  I recorded the tune on my fiddle with a headset so excuse the heavy breathing.


Posted by aboynejames at 11:52 AM No comments:

The North side of the valley is the place to head to catch the sun when its out. I don't walk on Mortlich until the bracken has died down and it has now. The higher hills were in the clouds today but Lochnagar was out from time to time. 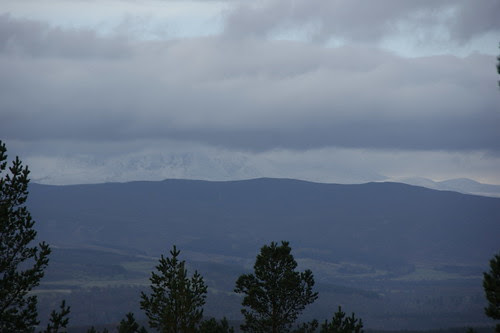 Posted by aboynejames at 6:34 PM No comments: 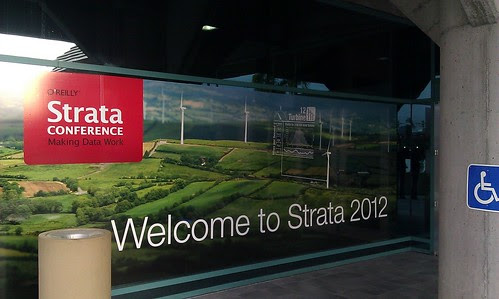 First day at Strataconf.com today. Since I first found out about the event, its been a goal to make it along to learn from fellow data scientists. Its been an intense work out for the brain but all the topics have been of value and interest. Keep meeting friends from 5 years ago and those have been special catchups. Looking forward to tomorrow.

Posted by aboynejames at 4:54 AM No comments: